The story about Stiftsgården

Take a look at Stiftsgården’s history

Fires, wars and famous visitors … a lot has happened here at Stiftsgården!

1507
When the first parsonage is being built, you do not know for sure, but the medieval church is inaugurated this year and probably the parsonage will be erected at the same time.

1531
The parsonage is burning, “In 1531, all Schelleta’s priesthood burned, the day before Michaelis evening.”

1534
Sweden’s first Protestant Archbishop Laurentius Petri to visit. Schelleta parsonage had thus left Catholicism, following an order from a central point. He is received by Mr Björn who will also be the first priest in Skellefteå to be allowed to marry, according to the new Protestant rules.

1584
Gerhard Jonae is the priest who comes to the parsonage this year. He is the same and has a son named Johan. The son will be the first same to enter Sweden’s Knights House. Johan then serves as governor of Öster- and Västerbotten and fights witchcraft declarations.

1681
The parsonage is burning again. A new building is being built quickly and in 1700 a house inspection is being carried out to inspect the new buildings.

1694
Great visit to the parsonage. King Karl XI travels to Torneå and stops on both the up and down journey. He has dinner and visits the old medieval church. 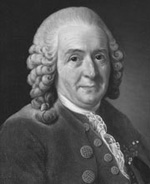 1733
Carl von Linné visits the prostitute and is amazed at how beautiful and comfortable it is in the Skelleft district.

1735
The old ferry across the Skellefte River is replaced by the longest wooden bridge in the kingdom. In the vicarage, the former head pastor Petrus Anzenius houses what is known as the least popular church pastor of all time. He lies, among other things, behind the introduction of stock punishment in the Skelleftebygden and a hole next to the parsonage is designated after his departure as the place where “the prince of darkness brought his soul to the abode of the unholy”.

1752
This year, Church Reverend Pehr Högström and his family receive King Adolf Fredrik on his Norse trip. He has moved out of the parsonage so as not to unnecessarily burden the public with great costs. His new use is called Äppelböle. Here, Västerbotten’s first apple ripens, and plum, pear and cherry trees as well as oxen and hazel bushes thrive. Unfortunately, most of it freezes during the harsh winter of 1763.

1800
Nils Ström becomes new church pastor. He comes to a vicarage in great disrepair. All buildings, except the old basement with its long staircase, are unusable. However, major efforts have been made on the land church, which was renovated after Jakob Rijf’s drawings to be inaugurated in 1799. Now it is time for the parsonage which is built with inspiration from Säbro bishop’s yard outside Härnösand. The parish appropriates 2000 riksdaler and some building materials. But it is not enough on long roads and the priest Ström is bankrupt on his absence.

1809
The prostitute family flees and Swedish officers headquarters in the rectory. On May 15, it will be feared. The Russian invade from the north. Instead, it is the Russian general Schuvaloff who takes possession of the parsonage. Margareta Renhorn acts hostess during the Russian “visit” so charming that she probably saves the parsonage from the usual Russian farewell greeting, that the buildings are set on fire. The Ström family returns, but people in the area then have little to spare for the “saved stream”.
Peace between Russia and Sweden.

1817
Big riot in the parsonage when four of the reading movement’s leadership figures penetrate the Reformation Jubilee Day. You are upset by the preaching of the priest Ström. The situation is so tense that a royal commission, headed by Justice Joshua Sylwander, is sent to Skellefteå to mediate. At a later meeting in the church, the upset feelings are calmed. 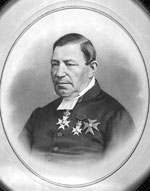 1834
One of the foreground figures of the Skellefte district Nils Nordlander arrives in Skellefteå as the first elected church pastor. He engages in most things; arranges city rights for Skellefteå in 1845, is a co-founder of the educational institution in 1860, as well as Sparbanken, which is set up in the vicarage. He feels sorry for the poor and the school system.

1858
A party in connection with King Charles XV’s visit causes great conduct between father and son Nordlander. Daniel’s son, who is part of the king’s entourage, has defied his father’s ban on liquor and arranged a banquet to the celebrated guests upstairs of the parsonage. However, great joy for the art-interested parents, however, is the daughter Anna, one of the Academy’s first female students and even in our days an esteemed artist with “own” museum in the city. She is already deceased at 36 years of age in the lungs.

1867
There is famine in the countryside after misgrowth and sad harvests. In the parsonage large pots of soup are cooked every day for the starving. This year and 1868 are the worst years of emergency in memory of men.

1875
The vicarage becomes the center of a revival that is powerfully advancing through the countryside. This happens in conjunction with the arrival of the pastor Simon Brandell.

1878
Skellefteå missionary association is created by Brandell and the parsonage becomes a gathering place for colorful preachers and large crowds of people. Wife Anna bases the household where there is a lot of life and movement. Now up to ten baptisms a day are held in the parsonage.

2006
The Pehr cellar opens. A unique restaurant environment in the old 17th century basement with vaulted ceiling in hand-made bricks.

2011
The upper salon is inaugurated and dedicated to Lars Jonsson. With this, Stiftsgården has again been given a parlor on the upper level, just as on the days of the Nordland family, and another unique meeting place.

2012
The second floor is inaugurated. The upper floor of the main building, through a collaboration with MAN – Museum Anna Nordlander, becomes an art museum for Anna Nordlander’s art. In Anna Nordlander’s childhood home one can now see about thirty of her works. Anna has moved home.

2013
Miss Huss Spa & relax is built in the courtyard for the benefit of conference guests and other residents. A place for relaxation, socializing and hot baths. Miss Huss (Anna Huss) became priest Brandell’s third wife and when in 1879 she moved to Stiftsgården and Skellefteå she had the farm’s first bath in the luggage. A great event for the Brandell family and all the staff – a real bathtub!

Stiftsgården in Skellefteå is the place for important meetings. Our beautiful courtyard chapel is a place of tranquility and reflection.

The Pehr cellar can be booked in conjunction with conferences and entertainment, but also for private parties, weddings and birthdays.

We follow the public health authority's recommendations and care for our guests and employees. As the recommendations may change quickly, we frequently keep us updated on new information. We do understand that quick changes also can affect our guests request. At Stiftsgården, hand sanitizer is available in several places. We clean even more often and keep contact surfaces extra clean. We ajust the sittings after recommendations and try to spread out arrivals and lunch/coffee breaks to reduce the contact between groups. Please contact us if you have any questions. We look forward to welcome you at Stiftsgården, although from a bit longer distance than usual.